Three Ads that Sparked Outrage in 2017

Three Ads that Sparked Outrage in 2017

Are you angry? Mad? Fuming? Maybe it was Ray Winstone’s great floating potato head endlessly urging to you bet (‘responsibly’) that got you riled up. Or perhaps you felt a little patronised when Veet tried to give you a tutorial on how to get out of a swimming pool ‘like Kim K’ (and not like yourself, you terrible clumsy oaf). Or maybe you finally flipped out at the twelfth Facebook ad in a day trying to make you visit Jersey. 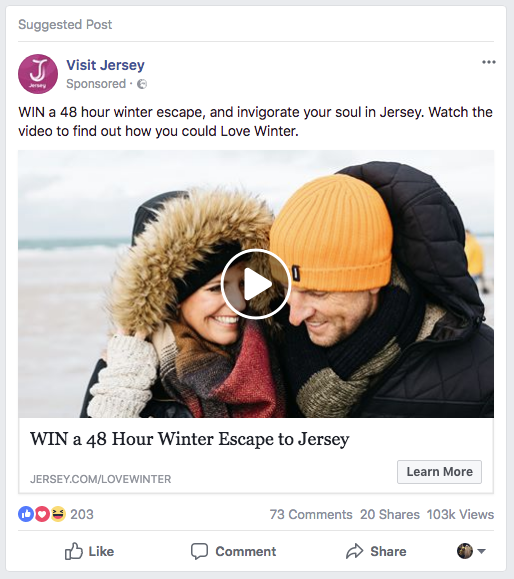 STOP TRYING TO MAKE ME VISIT JERSEY, FACEBOOK. I DON’T WANT TO GO TO JERSEY.

Yes, infuriating advertising exists all around us and in many forms. But until now, there was not much you could do about it, except write a strongly worded letter. But the times they are a-changing and these days all you need to let a brand know what you think of their grade-A nonsense is a smartphone and an opinion.

The result? All over the world, we’re increasingly seeing ads get pulled or banned through sheer weight of public condemnation. Last year was a bumper crop, and we’ve waded through the morass to pick three of the best examples from different corners of the globe.

It is news to no one that advertising can be pretty sexist. When women aren’t being objectified, they’re being stereotyped, relegated to background roles, or made to feel downright inadequate: from hair dye to cleaning products, deodorant and yoghurt, it seems there isn’t a product around which won’t be happy to assist women in holding back the revolting tide of age, sweat, cellulite and mildew that is their natural state. Most of us are used to this advertising onslaught – we simply sigh, wipe away a tear and go back to desperately scouring the nearest hard surface.

But a watershed moment came one June morning last year when the commuters of London trudged wearily on to the tube platform to receive this big yellow punch in the ovaries. 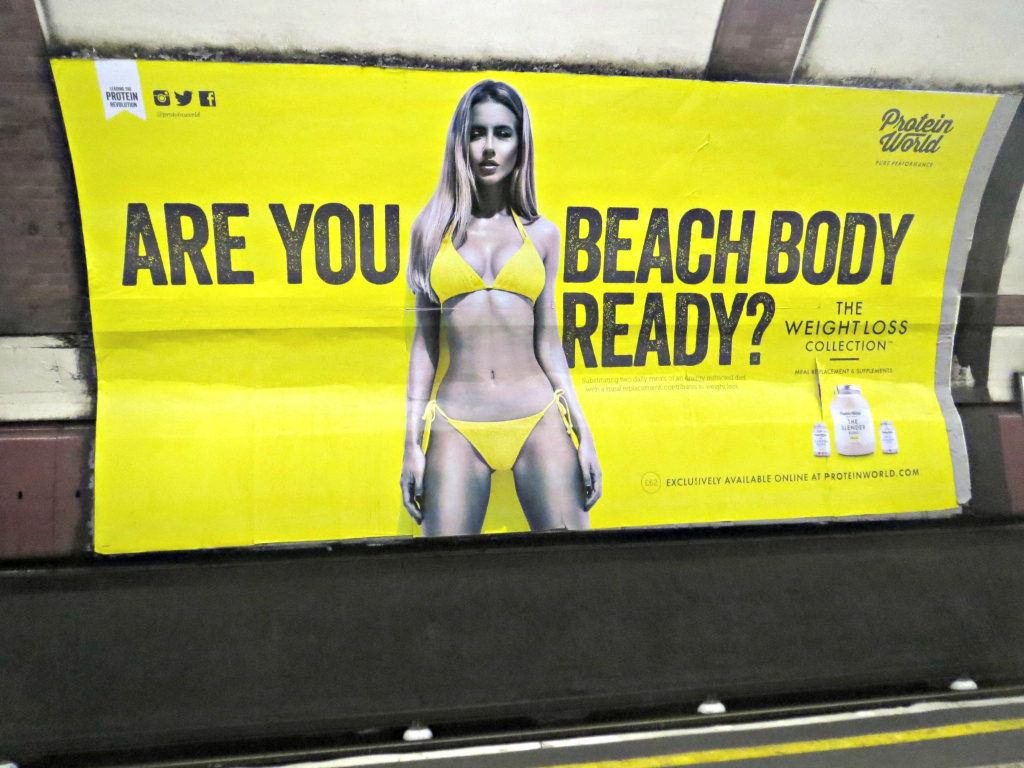 Am I beach body ready? We asked ourselves, squinting, bleary-eyed at the lady giant towering over us. I have a body, and I am capable of transporting it to a beach… We thought on, still not fully understanding. By the time the train arrived many were openly weeping on the platform, others furiously cancelling summer holidays on the basis their muffin top probably wouldn’t be allowed through customs. But soon the confusion thawed to rage and that rage gave birth to tweets, and before long a social media war had been waged against the bafflingly unrepentant Protein World. Eventually the mayor stepped in to ban the ads from London’s tube, and sexism ended.

China: Ikea thinks the plight of single women is HILARIOUS

OH WAIT NO IT DIDN’T.

Certainly not in China, where Ikea were busy turning the lot of single women into side-splitting marketing fodder. In a TV ad the brand ran last year, a young woman visits her parents only to be told ‘If you don’t bring home a boyfriend next time, then don’t call me mum!’ A short interlude of comedy clarinet later, the daughter has presented a young man. Any young man. Could be a murderer. Either way, Mum & Dad have quickly revamped the dining room, courtesy of Ikea, for the young couple. Hahahahahahahaha. Ha.

Very funny. Unless you are one of the millions of single women (‘leftover women’ or ‘剩女’ as they are affectionately known) in China who face enormous pressure to marry and social stigma if they don’t. So when Ikea turned this real social issue into a titillating advertising insight, the internet said ‘Ummmm… no’ and Chinese social media platform Weibo was flooded with posts to that effect, eventually leading Ikea to pull the ad and issue an apology.

But the Golden Turnip Award has to go to Pepsi for its seminal ‘protest’ spot released last year. In the ad, Kendall Jenner is posing for a photoshoot while other young people do other young people things (sweaty skyscraper cello, anyone?) Meanwhile, a protest is happening. What is the protest about? IRRELEVANT. All you need to know is: Kendall wants a slice. Cue an inexplicable costume change (inexplicable both in the sense that it happens instantaneously without any apparent changing of clothes and in the sense that it involves large quantities of patchwork denim). In the ad’s flabbergasting climax, Kendall wins over the riot police using an ice-cold can of everyone’s second-favourite soft drink. Cue celebratory inter-racial dancing!

What a steaming pile of malarkey. Said everyone on earth. And Pepsi quickly scrambled to remove any trace of their multi-million-dollar fudge-up. But what was it about the commercial that made everyone get their knickers in such a bloomin’ twist? Could it be the abject lack of continuity? Or was it the back-slappingly ‘diverse’ casting whereby people of any race are fine as long as they’re not fat or ugly lol? Or maybe, just maybe, it was the fact that the ad was released in the direct aftermath of the very real very raw Black Lives Matter protest movement, making it about as appropriate as ketamine at a wake.

Interestingly, a few years ago Coke ran an ad with a similar message (let’s put aside our differences and come together to drink delicious black sugar water). An equally ambitious/cynical punt for a soft-drink brand, the campaign used the Pakistan/India divide to demonstrate the unifying power of Coca-Cola by creating two vending machines – one placed in Pakistan and one in India – through which people on either side could communicate and play. But unlike the unmitigated stinker that was the Pepsi ad, Coke’s Small World Machines spot was well-received. Why?

Coke addressed their subject head-on, rather than treating it as mere design inspiration. And while Coke manages to legitimise its role in such a big topic by creating a real tool that can be used by real people, Pepsi seems to think it’s enough to just tell people how heroic it is. It’s the brand equivalent of writing a CV that consists of a single page reading ‘I AM VERY IMPORTANT AND ALSO NOBLE LIKE A LION’ in big letters.

With public ad shut downs like these becoming more and more common, could we start to see brands thinking a little bit harder about the messages they put out? Or will advertisers carry on using boobies to sell fast food? Only time will tell.