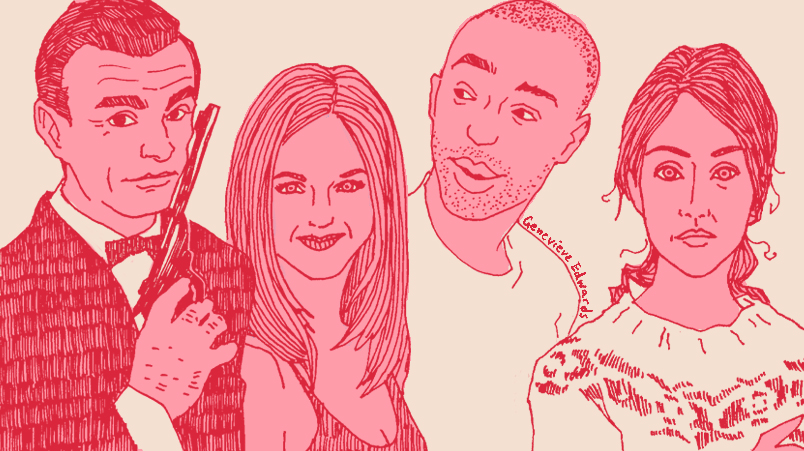 Raiding the Advertising Archives: Which Countries Were Cool When?

Raiding the Advertising Archives: Which Countries Were Cool When?

Flip back through an old magazine, or watch a reel of grainy vintage ads on YouTube (this is a thing people do stop judging me), and you’ll find yourself staring at a snapshot of history. Yes, advertising is a distortion, an idealisation of reality, but that’s just why it offers such a fascinating window into the past. What did people aspire to back then? What did glamour look like in their eyes? In short, what was cool?

Or rather, where was cool. Whether it’s the icy minimalist cool of Scandinavia, or the shrugging, mumbling, insouciant chic of France, at any given moment in history, one region or another will have captured the public imagination. It won’t be long then before that country (or a glossy stereotype of it) becomes an advertising star … at least until it gets dethroned by the next on-trend nation.

Now, place your sweaty hand in mine, as we journey back through the ages to chart which regions have been the stars of British advertising across the decades.

By the time the seventies arrived Beatlemania and swinging London had catapulted Britain herself into the heady heights of international cool, a status she enjoyed for some time thanks mainly to everyone’s favourite sexist James Bond. It was a time too when British advertising agencies were hitting their stride, beginning to talk with humour and intelligence. This new wit, when combined with conventional ideas of Britishness, was a winning ticket to some classic tongue-in-cheek ads for the likes of Schweppes, Benson & Hedges or Cinzano, who created this iconic spot –

When I was a little sprout (as opposed to a big cabbage like I am now), back in the nineties it was all about the States.

Which made sense. America was a great big ship of hope, and Britain its faithful tugboat, gliding together towards a shiny future of Freedom, Democracy and Blemish-Free Skin. And thus our ad breaks were filled to the brim with laughing fresh-faced Americans with massive shiny hair (massive because it’s full of dreams). Even brands that were categorically not American, like Carlsberg (Danish) were getting in on the act –

Scene Change: It’s the millennium. A couple of awkward wars are kicking off. The Central Perk coffee cups grasped in the increasingly wrinkled hands of the Friends cast grow cold. The once-glossy all-American image has begun to lose its lustre, and advertising turns towards the continent.

Enter Stage Right: France. France, with its baguettes and its accent and its attitude which says both ‘You are boring’ and ‘Let’s make love’.

And it is because of this certain something, this je ne sais quoi, that referencing French stuff has always been a bit of a shorthand for British brands to say ‘nous sommes classy’, but the noughties was a boom time for the trend, where everything from yoghurt to beer was given that French touch (like a normal touch but with more tongue).

And who on earth is Frencher than Thierry Henry? Look at him Frenching it up in this iconic Renault ad.

Before the 2010s, the average Brit knew a grand total of … zero things about northern Europe. But then, a perfect STORM of Netflix thrillers, cinnamon buns, ‘hygge’ and this scary football chant prompted a sudden reappraisal of all things Scandi, and every brand with a whiff of northern Europe about it leapt shamelessly on the bandwagon.

And we all learnt how to say ‘Ikea’. Thanks, Swedish Man.

Soon an avalanche of brands were blasting their Scandi creds in our faces with all the grace of Homer Simpson’s makeup gun. Absolut, Kopparberg, Skyr, Carslberg, all releasing their own offerings demonstrating how Nordically kooky and naked and happy they were … urgh. GO AWAY SCANDINAVIA YOU’RE TOO TALL I’M READY TO MOVE ON. Let’s move on.

*Canada was also fine. I rest my case.

It’s not just me. There’s only so long we can admire happy Danish people in ugly jumpers, or any trend for that matter, before times change and we’re ready for a new aesthetic. So the question is: where next?

My money would be on Africa. Despite containing a shedload of all the world’s people, the African nations have historically not had much of a showing in western advertising (unless you count those problematic Oxfam appeals … ) But there have been flutterings of change in this department, beginning with Guinness, who broke away from their Irish roots to focus a brand campaign on the Sapeurs of the Congo in this great spot from 2014 –

And South-African chicken supplier of note Nando’s shone a spotlight on their country of origin in this colourful commercial released last year.

Maybe Africa, with its growing economy and young population, is just the antidote advertisers need right now in an age of distrust for established authority and uncertainty over the future. I don’t know. All I know is I really want a stout and some chicken.