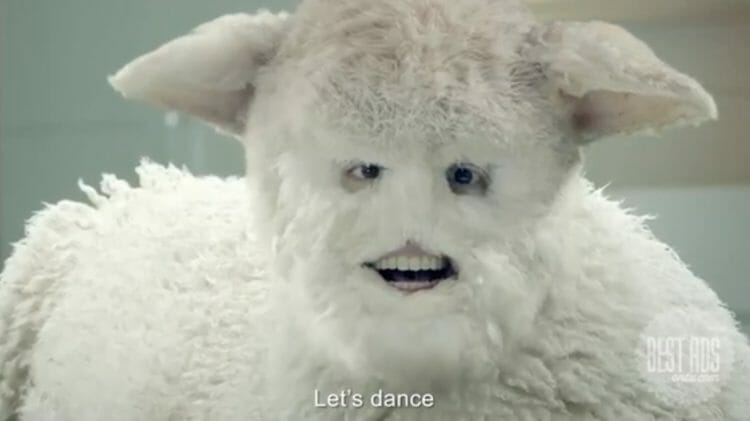 It’s that time of year again – time to dust off your cocktail dress, comb the organic muesli out of your beard, and head to Cannes. There, you’ll join the crème de la crème of the creative industries for a week of schmoozing, boozing and mutual back-slapping in the form of award wins.

But why would you want to be there, basking in glitz and glamour of the world’s most prestigious advertising festival, when you could be here, at your desk, surrounded by empty Quavers packets and naked from the waist down (…just me?), attending this, the first inaugural:

FRANKLYFLUENT’S ALTERNATIVE ADVERTISING AWARDS
(aka. ‘The Cannes You Believe They’re Not Lions?’)

An awards ceremony like no other … An opportunity for us to shine a spotlight on those campaigns which, for better or for worse, are unlikely to get any love this awards season… On to the winners!

For this, a real highlight from a series of Japanese ads that have been running for thirteen years (thirteen years), wherein Tommy Lee Jones endorses hot tinned coffee (yes) by playing an alien (called Tommy Lee Jones) who has come to earth to have confusing adventures.

No, it doesn’t make any more sense with subtitles.

Best Use of a Parallel Dimension?

For taking the bold step of setting their latest ad in a world that is like ours, but subtly different.

In this universe, hyper-realistic androids built to look like smug millennials shop in stores specialising in ‘drinks food toys’. In this world, they speak a language almost identical to English, but for a grammatical quirk whereby every sentence must either begin or end with the words ‘Diet Coke’.

We commend the brand for braving the dangers* of inter-dimensional travel in order to create this innovative piece of work.

*Including but not limited to: dizziness, accelerated ageing, nausea, loss of teeth and a newly discovered condition known as Time Plops.

The Golden Banana for Pure Mania?

For this piece of stone cold lunacy.

Yes. Yes. A thousand times yes. Thai insurer Ngern Tid Lor brings Old Spice ‘I’m on a horse’ levels of bonkers exuberance to this spot. Just one in a series of joyfully strange ads from the brand.

For this boundary-pushing piece of photography. 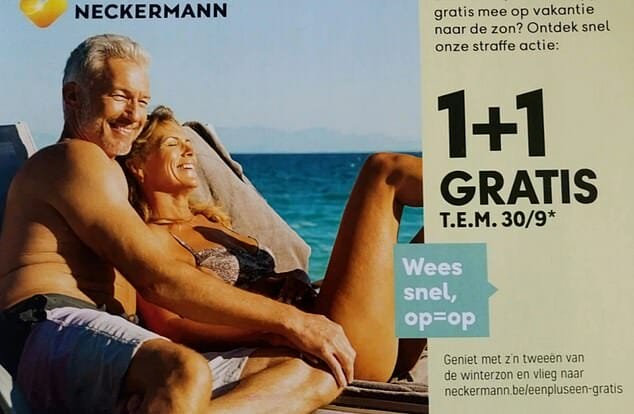 This outdoor ad for the Dutch travel agent quickly went viral when it was released in October. All across the internet, people giggled girlishly into their cupped hands at the unfortunate arrangement of limbs that really really makes it look like these two silver foxes are enjoying more than just a lovely holiday.

BUT… Detective Pikachu has questions.

Well, just one question, really: when you consider how many layers of approval this shot must have gone through before reaching the public, can Neckermann truly not have known? Or were they in fact using the humble billboard as a platform on which to bravely broach the final taboo: female pleasure in the over-60s? For the sake of this fictitious awards ceremony, we say, ‘YES PROBABLY.’

A small selection of the questions raised:

Why does the bomb disposal expert turn into a scary sheep?

Why is this 2 minutes long?

Why, in the press release for the campaign, is this described as ‘a visually appealing TVC’?

Is this real life?

I’m sure you have questions of your own. Feel free to tweet them to us, or yell them loudly down a well.

Our hearty congratulations to all the winners! You’ve shown us all what some budget combined with a lack of sleep and far too much unchecked ambition can achieve. Now join us, won’t you, for the awards afterparty. Trousers entirely optional.