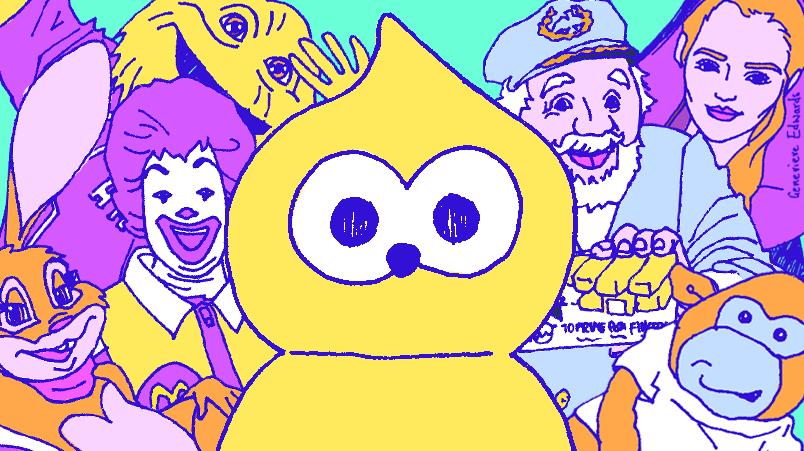 Neglected, derided and so often forgotten, it might feel as if the brand mascot is a dying breed. But here at franklyfluent, we know that the truth is much deeper, darker and more complex. In the first in a series of ground-breaking exposés we lift the lid on what some have termed a sinister brand mascot resurgence. Perhaps the mascots know that, in a time when much seems uncertain, the British public is particularly vulnerable to their adorable and nostalgic charms.

Through these rigorous journalistic efforts we have come to identify the five types of brand mascot that still stalk supermarket aisles and ad breaks, just waiting for an opportunity to assault your eyeballs with their hypnotic powers of persuasion. Franklyfluent investigates…

While many heritage brands have quietly and politely allowed their mascots of yester-year to die – The Caramel Bunny? DEAD. The PG Tips Monkey? DEAD. The Dolmio Family? Racist and DEAD – others endure, sometimes as a shadow, a whisper of times gone by … Take Ronald MacDonald, once the glittering star of the fast-food chain’s branding, now an uncomfortable avatar lurking in restaurant corners, no place in a world that has roundly decided that clowns are the personification of pure fear.

One way of dealing with these awkward Ghosts of Campaigns Past is to give them a makeover. There was a rash of these in the nineties, in which Tony the Tiger went from charmingly characterful cartoon to a sort of inflatable personal trainer, and The Honey Monster went from destructively lovable furry cube to … well just an arsehole really.

More recently these makeovers have mainly been geared towards nipping, tucking, and primping mascots into altogether sexier versions of their former selves. Observe:

No one loves a mascot more than impressionable little children. With their gooey brains. Stupid children. What idiot would fall for this? 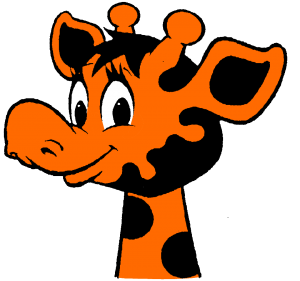 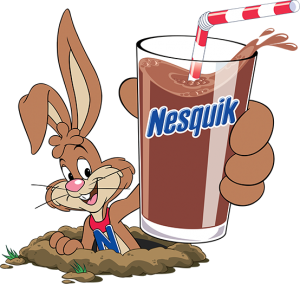 Or this inexplicable creation? 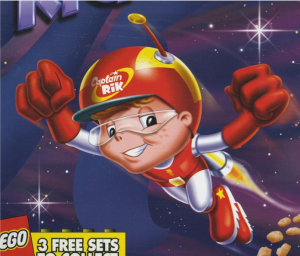 Silly silly children, that’s who. Which is why the brand mascot is almost ubiquitous when it comes to products aimed at kids. Recently, however, it has slowly started to dawn on regulators that maybe these gullible little mini-people don’t need the extra impetus of a colourful and persuasive mascot to compel them to guzzle tonne after metric tonne of sugary cereal and drinks, and a recent crackdown on junk food advertising has significantly reduced the visibility of many of the mascots aimed at children.

It’s no wonder that energy companies, telephony providers and price comparison sites are such big fans of mascots – they all sell products that are hard to visualise. Think of Zingy the EDF mascot (aka adorable poo) who boogies in fridges, dances atop hoovers, and just generally vibes out in all the places energy gets used. And then there’s the meerkats – those furry … little … urgh, I can’t. Let’s move on.

What do you do when your company’s raison d’être is death? If you’re Scottish Widows the answer is simple: make death sexy. And we all know there’s nothing sexier than a recently bereaved wife. Scottish Widows is just one example of a brand using a mascot as a useful distraction from an otherwise potentially negative image. The Lloyds bailout of 2008? Never mind look at this horse!! Mmm look at its sturdy legs. That horse would never ask for a £20 billion taxpayer bailout – its fur is too shiny.

So next time you find yourself fondly recalling the Smash Martians, or itching to get your hands on one of those meerkat space toys (why space??) just remember: the brand mascots may look harmless (shucks – sometimes they are even downright adorable) but they have an agenda. They’re coming for your heart and then, they’re coming for your wallet.