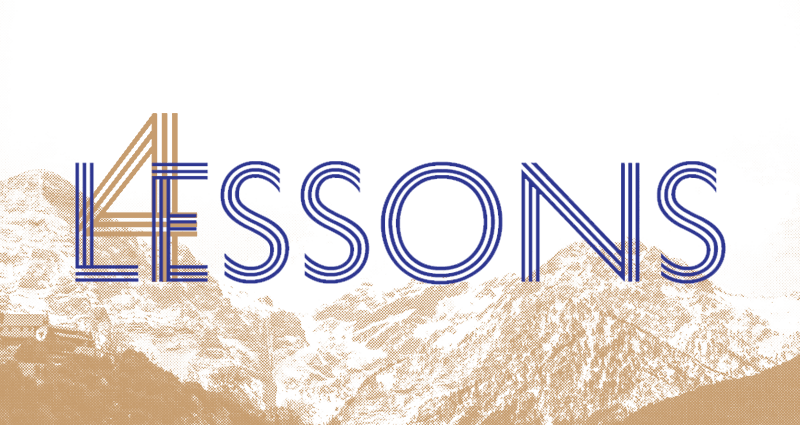 Four Lessons To Help Brands Sing In Other Languages

Four Lessons To Help Brands Sing In Other Languages

In this post, which first appeared earlier this year on WARC’s news and opinion blog, our founder Catherine Barr shares the four golden rules of transcreation she learnt setting up creative translation agency franklyfluent.

As someone with a creative agency background – a world that worships at the altar of strategic and creative rigour – making the sideways step into brand translation was an eye-opener.

Of course I’d heard of the translation horror stories – like when Clairol launched its revolutionary ‘mist’ curling stick in Germany (‘mist’ means ‘manure’ in German). But, when you wade in deeper it’s apparent that a less amusing epidemic has taken root within the industry: a swell of brands carelessly leaking potential customers by not giving localisation work the creative love that adland usually insists on.

You may know the kind – lines that sound somehow ‘off’ but you can’t put your finger on why (‘There’s so much fun in Toffifee’, anyone?). For me, ‘average’ is the real enemy – copy that’s not bad enough to make headlines, but nowhere near as impactful as the original.

This could be the difference between ‘Heinz: the definitive beans’, and ‘Beanz meanz Heinz’. Lines lacking in emotion and pazzazz are quickly rooted out in creative reviews regularly held in marketing agencies. But the simple truth is that when transcreation agencies engage talent who can’t hold a candle to the copywriters penning the originals, the non-English-speaking world is exposed to one more pale imitation – something not quite the original the brand manager thought they were signing their name to.

We’ve made it our mission to raise that bar, so that great work is great no matter what language. Here are the four golden rules we follow as an agency to make sure briefs are tight, and creative as impactful as the original.

There are many people who speak more than one language. An infinitesimally small number of those are copywriters. And an even smaller number still is able to tap into the kind of problem-solving creativity that’s needed to transfer the emotion, texture and feel of an idea from one culture to another. It takes extreme skill and years of experience to bring to life the simple joy of, say, a chip butty for a nation of foodies like the French (quelle horreur!)

In short: speaking a second language is not qualification to translate. Whether you’re localising a promotional brochure or the next Superbowl blockbuster, you will always need the best writing talent you can find.

2. To produce creative agency-level work, apply creative agency principles
Agency copywriters have to walk over hot coals to earn their place in the creative department. They’ve undergone the ritual humiliation of portfolio crits. They’ve put in the long nights when the Creative Director said it just wasn’t good enough. They’ve had to prove their ability to craft ideas against the toughest of briefs time and time again. It follows that the people entrusted with bringing those ideas to life in a new language must also prove their mettle.

So, if you want to produce creative agency-level work, apply creative agency principles. Review portfolios. Meet writers. Challenge them. Give them a headline riddled with wordplay and Briticisms (we’re fond of seeing cockney rhyming slang come to life in Japanese/French/Vietnamese). How talent rise to this challenge will quickly sort the good from the average.

3. Be faithful to how the original feels
The translator’s job is to be faithful to the original idea and evoke its sentiment and feel. Not show how brilliantly they think they could have written it in the first place.

Strategic rigour plays a crucial role at this point. Cue your account managers who, in transcreation just as in creative agencies, need to be able to rally the team and navigate stubborn personalities in the creative department to make sure what gets to client is not just brilliant, but on brief. 4. Context is everything
Translation is rarely as simple as moving from A to B. Landing on just the right combination of words to translate the feel of the original is a delicate alchemy, whose ingredients also include the visuals and the surrounding context.

So dispelling ambiguity for the localisation team is the order of the day.

As a marketer you know your own brand inside-out, but your translation team probably doesn’t. And copy, taken out of context, can take on new meanings. Just ask the team working on the headline for a new VW softtop launch (‘topless’, you say?)

Keep them on target and on-side by briefing them as thoroughly as possible. That means sharing your audience insights (maybe they’re a sucker for a cheeky – but PG-rated – quip). It means providing the visuals (maybe you’re using a new super-slim digital format that only allows for short words). They’ll be thankful for it, and you’ll be thankful you didn’t end up with an ad that says ‘bare-breasted’ in five different languages.