Crossing the Channel with Uber

Crossing the Channel with Uber

When Parisians were invited to hail their first Uber rides in the French capital last June, the company was quick to incur the wrath of furious local taxi drivers. A year on – burnt tyres and violent protests still fresh in people’s memories –, Uber launches its charm offensive to make inroads with the market, braving its first campaign en français.

Double entendres and contextual jokes abound in this display of copywriting dexterity, which is the brainchild of Paris-based agency Marcel. The adverts’ formula is simple: give life to a few decidedly French wordplays based on the company’s name. The result is a series of print ads that firmly ensconce Uber within the world of the baguettes and berets – and put some serious mileage between the brand and its American parentage.

Here are some of our top picks from the bunch: 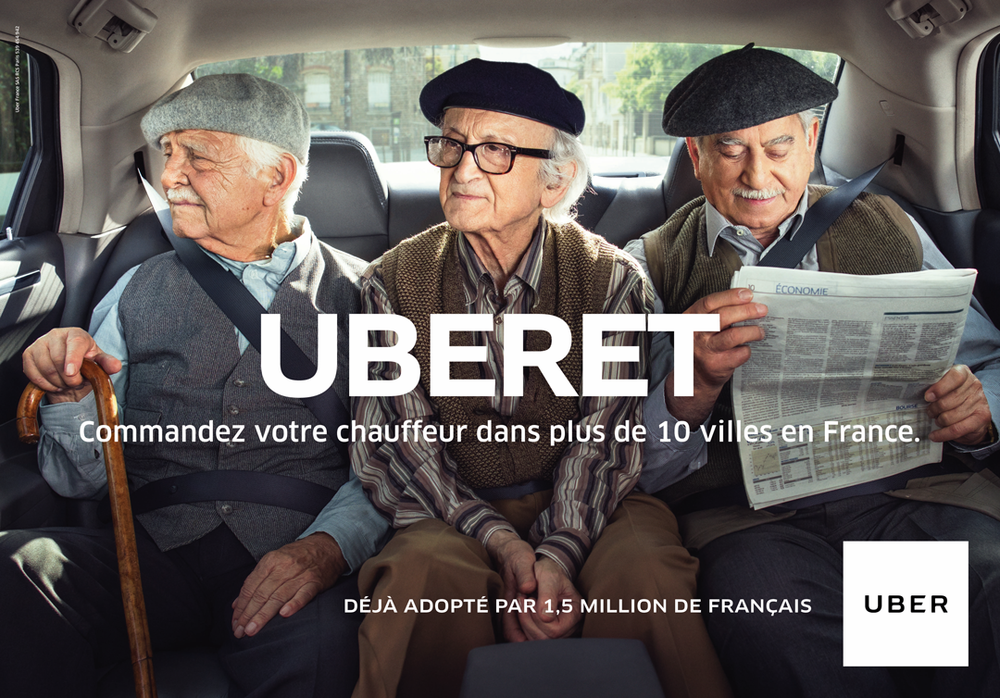 It’s with the help of three charming grey-haired travellers who appear more provincial than Parisian that Uber proclaims it is no longer reserve of the capital, and is operating in 10 cities across the country. What better way to hammer home your Francophile credentials than by borrowing that most iconic of French symbols – the beret? And the fortunate similarity in name doesn’t hurt either… This might just be our favourite; a nod to La Belle au Bois Dormant (Sleeping Beauty), here our princess is moustachioed ‘Hubert’ (geddit?). Looking a little worse for wear and in no fit state to find his wallet, our prince charming points to the perks of the brand’s automatic payment feature. 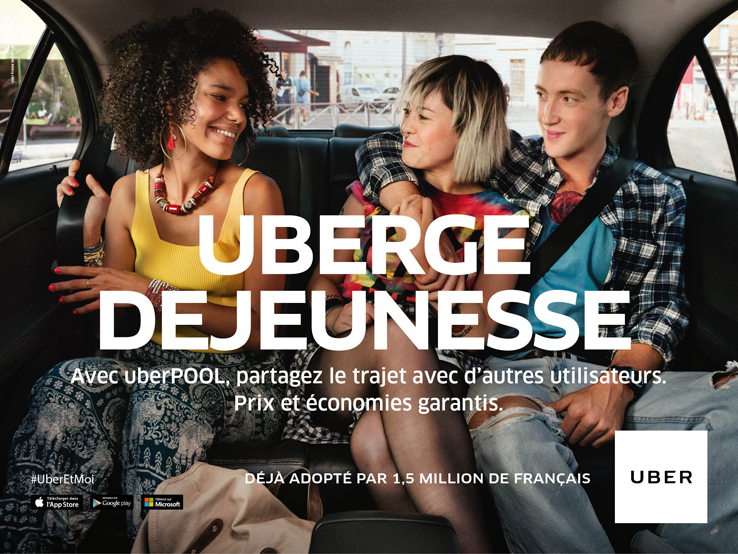 Calling out to its diverse offering, here Uber is both ride-hailing app and ‘auberge de jeunesse’ (youth hostel). Its UberPool service, which allows travellers to reduce their fare by sharing with other passengers on their route, is more than a simple money-saver – it’s a great social opportunity, giving new significance to the idea of ‘speed dating’, perhaps…

The campaign extended online into social too, with passengers invited to share their own Uber shots with the hashtag #UberEtMoi – something they did in their hundreds.

Our verdict? Cracking work. And evidence of what payoffs await brands both brave and sensible enough to create something that feels authentically and uniquely authored for the market it is talking to.