Copywriting in a Crisis

Copywriting in a Crisis

At times like this, where it feels like we’re teetering somewhere between normal life and a totally abnormal state of hand-sanitised bog roll-hoarding self-isolation, words matter.

And the authorities are being particularly picky with theirs. Every day the government and health services are making considered choices. Between ‘likely’ and ‘probable’. Between ‘cautious’ and ‘careful’. Between ‘prepared’ and ‘ready’. 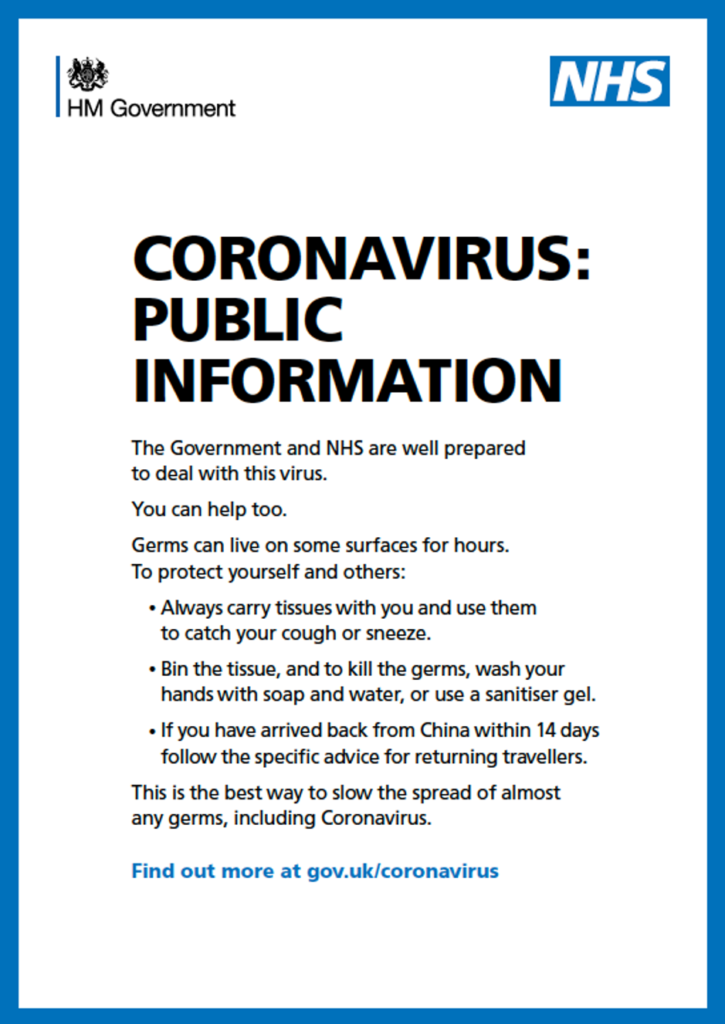 Been to a Wetherspoons toilet lately? Then you will be familiar with this carefully worded bit of signage.

Keeping the public updated and ready to take action is a crucial part of mitigating the effects of an outbreak. Singapore knows. They’ve got emojis to prove it. 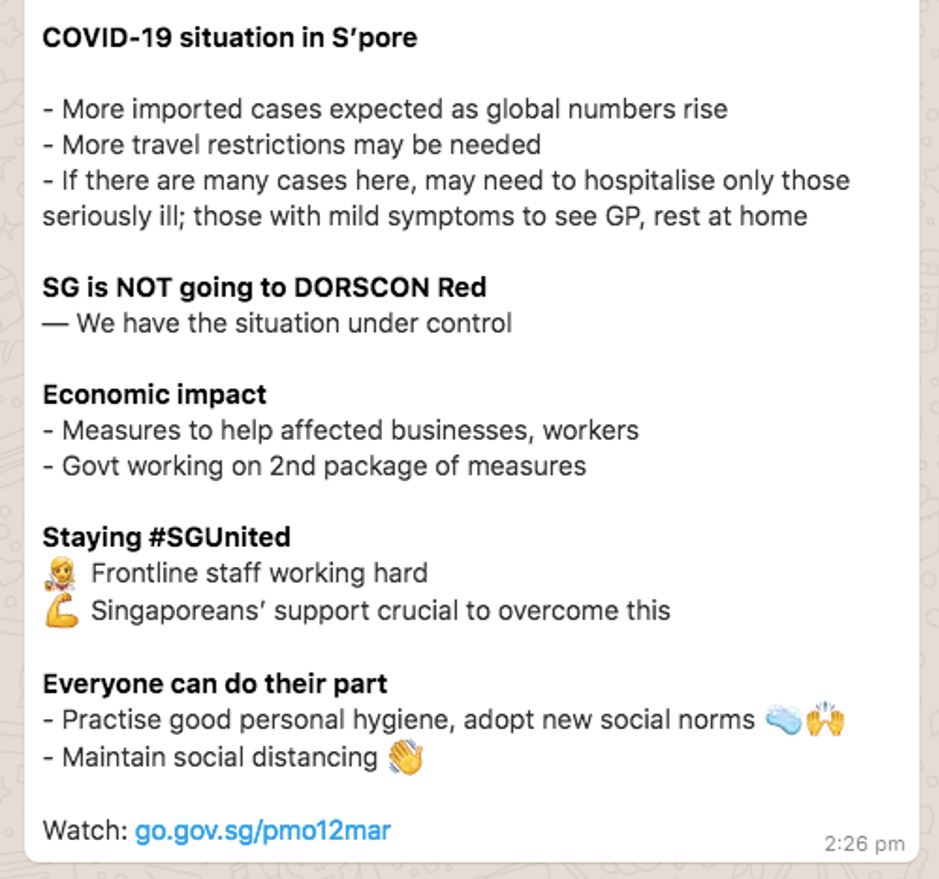 WhatsApp message from the Singaporean government (no really)

And the powers that be aren’t the only ones feeling the strain. With hotel and restaurant bookings tumbling, the hospitality industry too finds itself pressed to tackle the topic in comms. Some have even managed to do so with a degree of elegance. Take this newsletter from London members’ club Quo Vadis (shout out to Sonder & Tell for pointing us to this bit of copy).

Witty but not inappropriate, the brand has chosen to tackle the problem head-on with a call-to-arms to support the hospitality sector through what for them is a potentially disastrous period.

How disastrous? Only time will tell. But for now, all official communications seem pitched to minimise the additional harm wreaked by public panic. Because if that one time in 1518 when everyone just started dancing taught us anything, it’s that the hive mind is real, and needs to a treated with delicacy.

But what about when a bit of panic is just what the doctor ordered?

Step inside our time machine, won’t you? It’s 1987, and the UK government has just launched what remains the country’s biggest ever public health communications campaign, designed to raise awareness of the AIDS epidemic at a time when it posed a much greater risk to life than coronavirus does today.

Public misinformation about AIDS was rife. Most pernicious was the widely-held belief that only gay men were at risk.

This campaign, from TBWA, was designed to squash all of that. With leaflets sent out to every household in the UK, it was the equivalent of a doctor coming to your front door, smacking you around the face a few times, and yelling ‘WEAR A CONDOM OR YOU WILL DIE OF AIDS’.

In short: it was designed to induce panic, because panic spurs reaction, and in this case the reaction – using protection – was simple, actionable and effective.

Coronavirus is different. You cannot wear a full-body condom to prevent it (yet). Spurred into reaction, people mainly just buy several times their weight in dried pasta. Which does not cure coronavirus.

The need to keep the public vigilant, however, remains. But as the weeks roll on, and the novelty of working from home (a.k.a. watching Netflix on the toilet) wears off, the task of maintaining the fragile balance between awareness and panic will only grow more tricky.

The ‘Don’t Die of Ignorance’ campaign was dramatic. It was morbid. It was alarmist. Because it had to be. As Norman Fowler, Health Secretary at the time, said ‘It was a life and death situation.’

Above all, though, ‘Don’t Die of Ignorance’ worked. 50 seconds and a leaflet changed how a country reacted to an epidemic. It’s at times like these, when they can be life or death, we realise the enormous potential power, both good and bad, of the words we choose.

This article is about: copywriting, tone of voice, crisis management, coronavirus brand communications