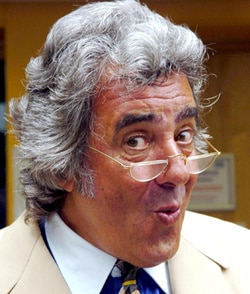 If you’ve ever worked agency-side, chances are you’ll recognise round-robin email pleas like this. Carrots on sticks range from alcohol to free product (though just how enticing that is depends on the account in question).

Cue well-meaning offers all the way from account manager Anna who spent a year abroad in Toulouse through to French-born Guillaume in finance.

In the most scientific of experiments, we asked two such kind souls to translate a luxury jewellery company’s endline: ‘Rare finds are our hallmark’. OK – admittedly a rather contrived test; we’ve asked one of our franklyfluent creative copywriters to have a crack too.

James’s suggestion is a good attempt to stick close and literal to the original. The French ‘trouvailles’ is the obvious and seemingly closest translation for ‘finds’, but it usually refers to the sorts of discoveries you make in your attic (what David Dickinson calls ‘bobby dazzlers’).

Here ‘marque de fabrique’ goes some way in fulfilling the dual role of ‘hallmark’, but lacks the jewellery cues that ‘hallmark’ carries.

A little clunky-sounding translated back into English and, of our three suggested translations, the furthest away in literal terms, but with good cause as Sandrine explains:

‘A direct translation won’t do here. For one, the word for ‘hallmark’ in French (‘poinçon’) is very technical and can’t be used to make the luxury cues the English does. Word-for-word translations also tend to feel clunky and awkward. So we have to look for an equivalent play on words that conveys similar positive brand associations and sounds fluent to a French audience.’

In this sense Sandrine’s solution works: it nods towards the title of Proust’s famous French novel À la recherche du temps perdu, which to the French ear instantly conjures ideas of luxury, elegance, nostalgia and pride.

And it builds on a well-known French idiom: ‘trouver la perle rare’, meaning ‘to find a real gem’.

These things combined, Sandrine’s creative transcreation does a clever job of translating the idea behind our client’s slogan; it suggests elegance and refinement, and nods toward the jewellery sector, all in a natural, seamless French.

A real coup, if you’ll allow it. Now we’re off to watch Bargain Hunt.