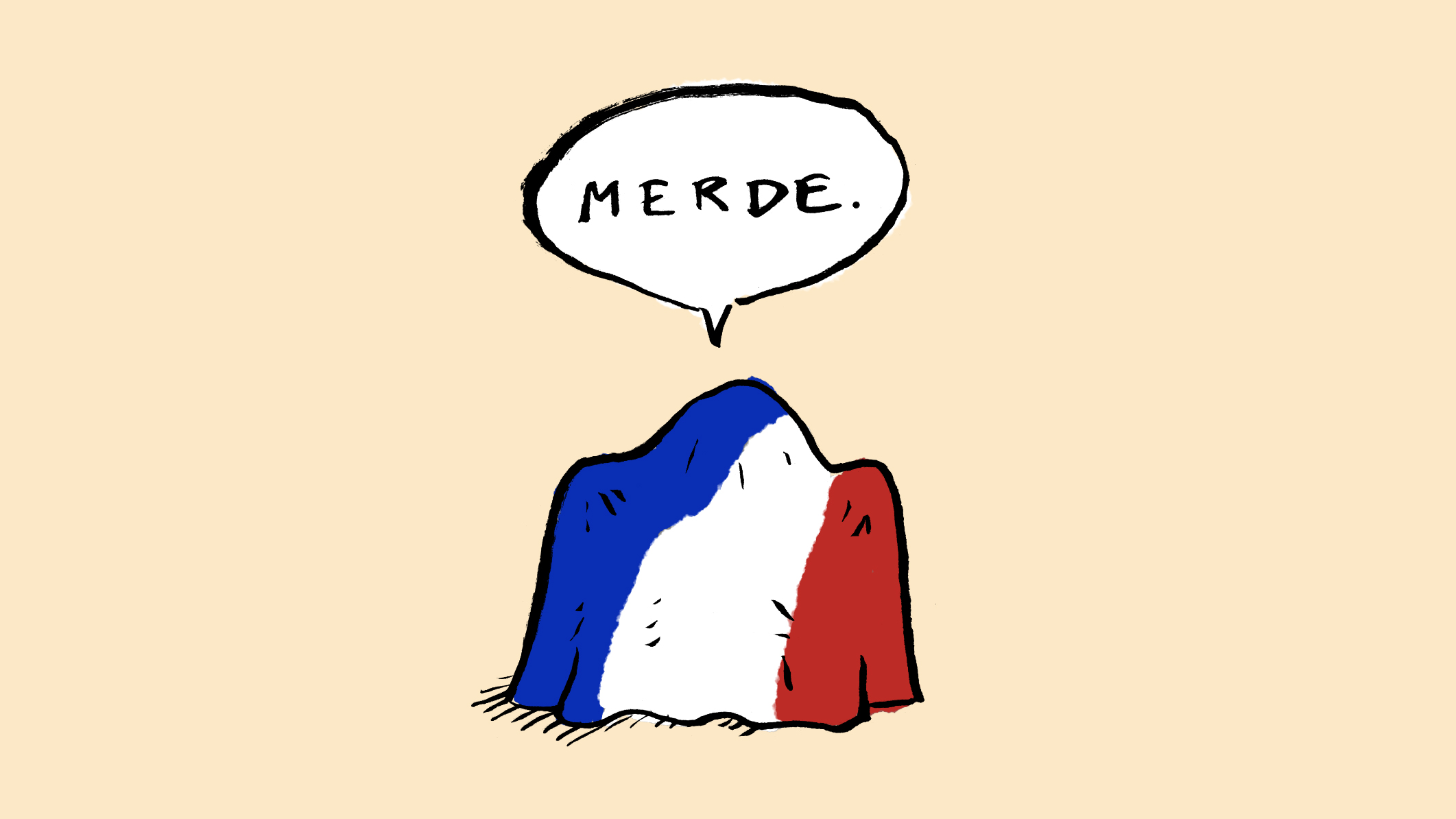 The Five Things That Make French Transcreation So Fiendishly Hard

The Five Things That Make French Transcreation So Fiendishly Hard

Ahhhh French… a language so sensual, so smooth, you can swear like a sailor and make a non-speaker believe they’re being showered with fabulous compliments.

Easy on the ear, sure. But easy to translate? Less so. French is, like any language, riddled with peculiarities – foibles that give it a certain ‘je ne sais quoi’ but, when it comes to French transcreation, leave writers saying ‘je ne sais how the flip to translate this’.

Whether or not you speak French, familiarising yourself with some of its trickier features could give you the upper hand in the thrilling (yes: thrilling) battle that is creative translation. Here, we list off the five things worth knowing before you dive into a French adaptation project…

Once I stayed in an Airbnb in Paris. The host gave me the WiFi code, and when I asked why it was so very very long he answered, ‘This is France. Everything is long and unnecessarily complicated.’ Then he laughed (in French).

This was almost certainly just the mad ramblings of a lonely stranger, but I prefer to believe it was a sophisticated joke about the French language. You see, the same thought in French tends to be about a fifth longer than its English equivalent. When translating advertising, where word limits and space restrictions can apply, that often means finding creative ways to cram the same amount of meaning into a pithier piece of writing. 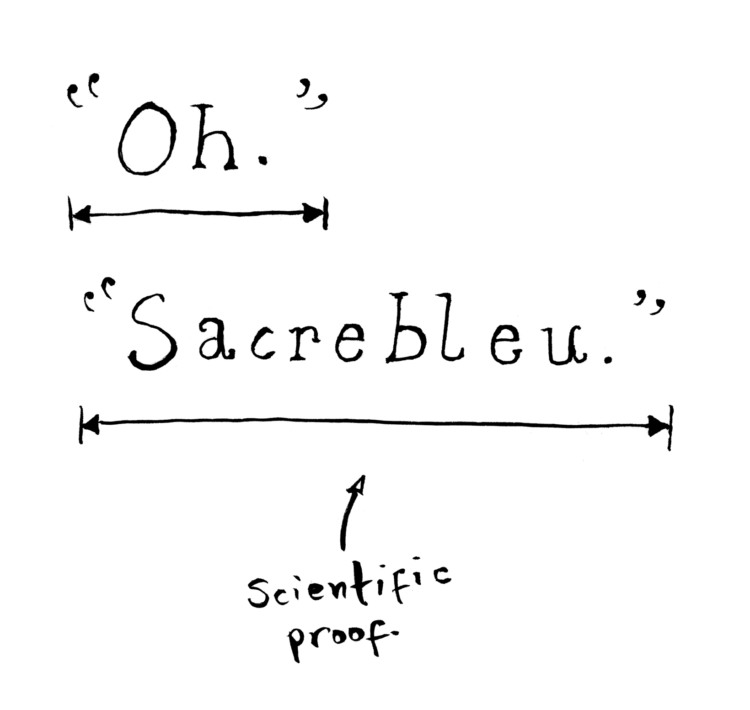 If you thought genders were just for people and pens, you were wrong: they’re also a big part of a lot of languages. Aspects of French grammar, like job titles and adjective endings, change depending on whether the person you’re talking about is male or female.

Which is fine when you’re looking Pierre or Béatrice right in the man-eye or lady-face, but things get trickier when the person’s gender is unknown. Historically, you’d revert to the masculine because hahahaha — long sigh — history, but these days that approach doesn’t really fly.

As a result, French marketing translation sometimes requires sentences to be entirely reworked to perform a dramatic (but elegant) side-swerve around the issue.

French doesn’t know what to call you

Another little French formality foible comes in the form of pronouns. Like the now defunct ‘thou’ in English, French has a less formal ‘you’ – ‘tu’ – for friends and peers, alongside the more formal ‘vous’, for strangers and superiors.

But what is a brand to a consumer? A friend? A stranger? A kindly-seeming old man hovering near the bushes offering them sweets? It’s not an easy one to peg, and though the safe and common approach is to opt for ‘vous’, there are some occasions where ‘tu’ can work. Knowing the difference is a tricky task that needs native judgement.

The French transcreation of the Snickers brand line ‘You’re not you when you’re hungry’ is one example where ‘tu’ works.

French is different when you write it down

So, you know how at the end of a client email you might write ‘Best regards’, but if you said that aloud as you left the same client’s office you would be a maniac? Well, French is like that, but more so — the formality gap between spoken and written language is wide. 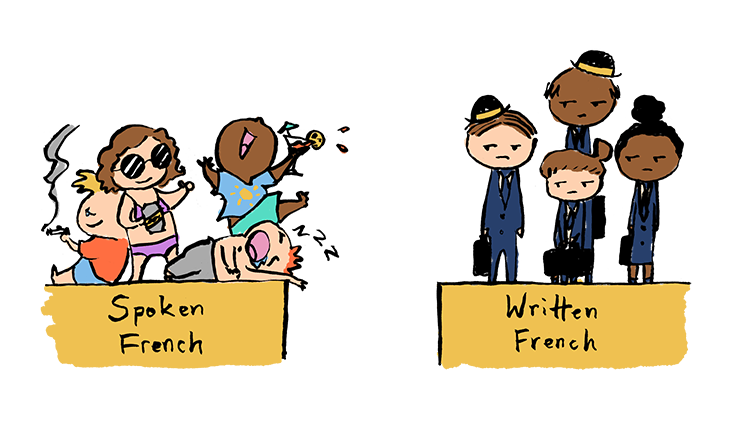 This is particularly tricky for brands. Firstly, it can be hard to strike a consistent tone when some of your advertising is spoken, like a TVC, and some is written, like a tweet. Plus, where advertisers in English will lean towards informality to bring warmth and life to their writing, in French the same informality can come across as rudeness.

French doesn’t want to play with you

French is a grammatically rigid language, making it a lot harder to manipulate than others, including English. Take this McDonald’s brand line transcreation for example:

Since French doesn’t permit the grammatical looseness that makes the highly colloquial ‘i’m lovin’ it’ possible, the adapted line (which means ‘it’s everything that I love’) can’t match the light conversational tone of the original.

But in the same way that an unexpected rhyme sounds better than an obvious one, when you do manage to pull off a great piece of French wordplay, the results are all the more satisfying. And in spite of, or perhaps because of, this grammatical inflexibility, French offers surprising possibilities. Music, for example, is a huge part of French culture, and presents a vast repository of references, in the form of song titles and lyrics, providing a rich seam of language options that simply don’t exist in English.

Knowing the above, I regret to tell you, will not enable you to translate the poetry of Baudelaire, but it will give you a better insight into the tricky translation hurdles your writing team is routinely jumping through in order to deliver your copy in silky smooth French.

This article is about: French creative translation, French transcreation, copywriting for France